Thinking Out Loud on July 4

Periodically I'll suggest products and provide links to them. These links may sometimes be affiliate links and I'll earn a small commission from your purchase. Thanks for helping sustain my coffee addiction!

Thinking Out Loud on July 4

I don’t know how many feel this way, but I periodically find myself wondering how I really feel about the way that our great USA was founded. Don’t get me wrong, I am as patriotic as they come. I love my country and I am politically active to help protect the principles it was founded on.

But I am torn between the precept of Biblical submission to authority and the idea of fighting for freedom (especially with taxation without representation as the basis – this is obviously simplifying the conflict, but you know what I mean). God says to “render to Caesar what is his“. Yes, the first group came over in search of a place they could worship freely, but they were still a part of their original government. It was later, when the King enforced tyrannical tactics on the growing population of the new world, that our founding fathers began to organize a rebellion. As noble as the Declaration was (and is), it was still going against the government that God had established.

I also find it interesting when people today impose God’s promises to Israel on the US. Although underlying lessons can be gleaned from God’s dealings with Israel, we can in no way claim the promises given to them as a nation of our own. The USA is NOT a continuation of Israel. We are merely a nation founded on Biblical principles that God has chosen to bless for a period of time.

But…no matter what you think about the beginnings of our great nation, we are under its rule and authority in the present. I believe this means that we (as Christians and anyone else for that matter) are allowed to take the liberty given to us in the Constitution to be politically active, voice our opinions, hold leaders accountable, and even run for office.

I also believe that it goes against the nation’s well-being to NOT participate in the process that has been formed to protect our freedoms. The founding fathers laid the groundwork in a way that requires public participation (which includes learning about and understanding the Constitution).

I say these things as food for thought for pastors and clergy who have taken a back seat to speaking out against (or for) things of the government. We are currently under the authority of a government run by the people…use that freedom (and take that responsibility) to influence political movements in a way that points to God. That is how the founding fathers intended it. Separation of Church and State does not throw the Church out of the government. It was intended to keep government from interfering with church and to protect from the establishment of a government mandated religion.

“Congress shall make no law respecting an establishment of religion, or prohibiting the free exercise thereof.”

In fact, prayer was common in government gatherings. Church services were held in the White House. And of course, the Constitution is based on the precept that we are created by a Supreme Being and are given inalienable rights from Him.

A government run by the people needs direction from God’s people. If we sit back and remain silent (thinking we need to submit to the authority of our government), then we don’t really understand our government. WE are the authority…and the “we” needs to be people with God as their moral compass!

Be a part of the ministry! 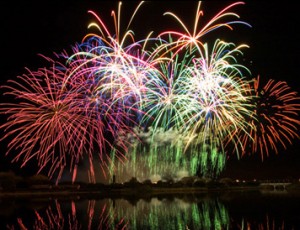 What Is It? Really?

United States…are we a democracy? Think again…this video gives a pretty good overview of what our […]