Thankful is an Understatement

Periodically I'll suggest products and provide links to them. These links may sometimes be affiliate links and I'll earn a small commission from your purchase. Thanks for helping sustain my coffee addiction!

Thankful is an Understatement

As I sit here with my brain in a fog (mostly from the pain meds), I can’t help but be thankful. I know… it is almost Thanksgiving and I am “supposed” to write about such things, but it is overwhelmingly true right now.

Wednesday evening (November 19), I began feeling very uncomfortable and nauseated. I kept thinking… “if I could just throw up I’d feel better”. But that didn’t even bring relief. As the night went on, the pain grew and I knew it wasn’t just a stomach bug. But I really didn’t want to wake anyone up (not smart, I know). So finally… around 7:00 am on the 20th, I couldn’t take it anymore. Tina, Iris and I were off to the hospital (thankful for friends who drop everything for me). Our drive to the hospital was an event in itself. You see, November 20th is Revolution Day in Mexico. Besides the parades marking the celebration, the country of Mexico is also in a bit of a revolt about the missing students in the state of Guerro. The combination was a mix for street closings and high alert… and lots of back roads for us. Iris was able to get one man to move a blockade for us so we could cross the main street (thankful), but we still had to take several detours to get around the demonstrations.

NOTE: We don’t normally have access to a car. Our friends with cars are on the other side of the main road (think parade and demonstrations). It would have taken them a really long time to get to me. But THANKFULLY God plans ahead and Tina had borrowed the van the day before to get ready for a conference we have been preparing for. This was a huge deal and it blows my mind to think about how God orchestrates things. With that in mind, please think about giving to Tina’s car fund here. It will benefit everyone on our team.

Finally at the hospital, the pain was increasing. Luckily (right?) I was in so much pain that my worries about being in an unfamiliar setting were pretty small. Tina likened my pain to giving birth to an alien (move over Sigourney Weaver). You can see Tina’s “lessons” from a Mexican Hospital here. It’s not that I felt like I wasn’t in capable hands, it was just not the level of technology and comfort I was used to in Texas… I have had a couple of emergency surgeries in my life, so I knew (I thought) what to expect.

After five hours of painful waiting in the ER and one nurse who couldn’t stand seeing me in pain (thankful… he gave me pain meds behind the doctor’s back… probably not “good” but I loved him for it!), I was taken to the operating room to remove my appendix. As I lay there staring at the equipment (after moving myself over to the operating table), I began to get a little anxious. Then one of the doctors (and there were many people coming in and out of the room, mind you) came up and asked some questions… IN ENGLISH (thankful!). God has great timing, right? That calmed me down as did the thought of all of the people praying for me. But I really was wishing I had my phone with me to take a photo of the OR (sorry… I have the social media brain). It wasn’t bad, just not what I am used to. BUT, I just found a website for the hospital and they had a photo of the room (probably the only OR)… so I have included it here. It is exactly like the room I was in, so I am pretty confident it is the same one. Feel free to leave comments.

Surgery went well and although the appendix had opened a little bit, there wasn’t anything severe. They gave me my appendix in a jar (I will spare you the photo) and released me the next evening. I have been recovering at home since. I am thankful for all of the chicken soup, bread, rice, juice, jello and sweet bread that friends and neighbors have brought (I won’t be so thankful when I have to catch up at the gym because of all this stuff!). Tina and I were even able to finish up my responsibilities for the conference (name tags, room labels, welcome bags, etc.). I am so glad she was able to help me with it after she was already behind with her responsibilities from spending two days with me in the hospital!

Please pray for me as everyone else will be at the conference. I have to go back to the doctor on Thursday so I was not able to attend. I will already be missing my kiddos (first Thanksgiving to not be with them) and I will be alone. Thankfully, the Frys are still in town and Mayra will be able to take me to the doctor. So not really alone.

Here are a few images of some FUN stuff from the month… (click on the image to enlarge photo).

Be a part of the ministry! 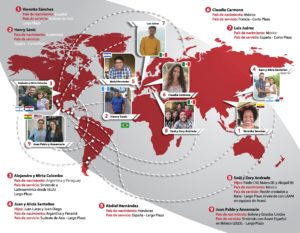 There’s a lot going on

But I am like a green olive tree in the house of God. I trust in […] 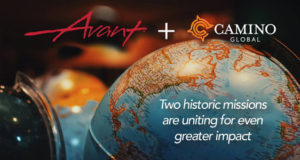 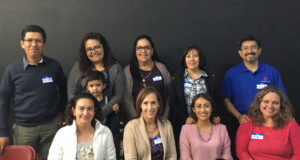 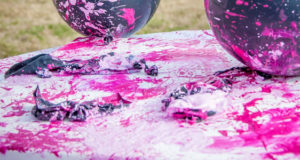 Looking Back and Moving Forward

If you have read any of my blog posts around the time of New Year celebrations, […]